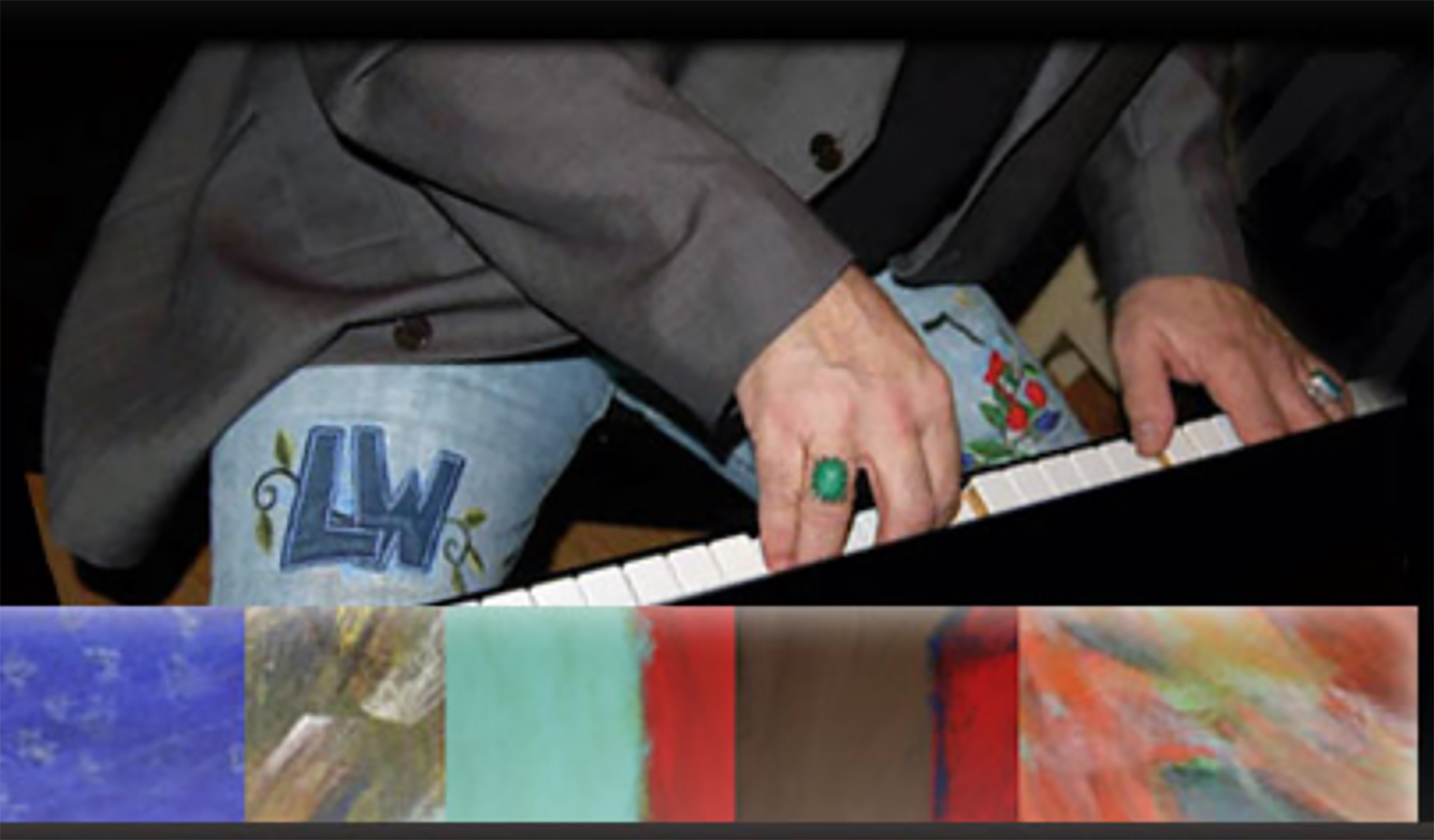 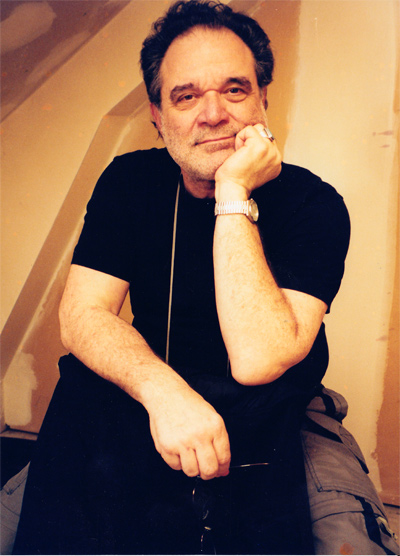 “Art,” singer-songwriter Larry Weiss says, “has no age. It’s ready, when it’s ready.” Weiss knows a little something about that. His biggest hit, the million-selling “Rhinestone Cowboy,” was turned down by every record label in Nashville and elsewhere, before it was discovered by Glen Campbell, who now uses it as his personal theme.

Weiss recorded his first album in 1974, and then waited nearly 35 years to make a second. And now showing a Broadway musical BASED ON HIS FAMOUS SONG, A STORY that’s been brewing in the back of his mind for decades. Weiss’ approach to art is one in which he goes deep inside, looking for the unexpected as he continues to learn who he is and why he was put here. Music is a means of self-discovery, a pathway to the truth everyone hides—even from themselves—no matter how long it takes.

“Finding out who you are,” he says, “is letting go of safety.”

Born in Newark and raised in New York City, Weiss has repeatedly snipped his safety nets as he’s challenged his own preconceptions about his life, escaping a destiny in textiles to become a good songwriter, to hear his songs sung by great artists.

“I don’t care what any songwriter says to the contrary, but writing is some kind of therapy, where you often come face to face with yourself.”

That didn’t happen easily. But almost nothing has in Weiss’ colorful existence. Growing up in Newark, he heard all sorts of music around the house: George Shearing and Thelonius Monk, Broadway show tunes and the traditional pop of Sinatra, Bennett and Cole. His family lived on the edge of a black slum, so by osmosis he developed an affinity for R&B and black gospel music. As a kid, he would even periodically sneak into a nearby Baptist church to drink that music in. In his early teens, Weiss’ father gave him a sunburst Gibson guitar. “I could only play a couple of chords, and I felt them so deeply it gave me chills.” It also gave him sore fingers. Soon he began to plink and plunk away on the family’s blonde Wurlitzer Spinet keyboard and found a handful of chords there. It was the beginning of a lifelong love affair with the piano.

Weiss’ father, moved the family to Queens, and gave his eldest son a job as a textiles salesman. It was the family business where Larry and his younger brothers would at one time or another, work out of a lower Broadway office. BUT Larry was headed for upper Broadway.

“I used to lug around an attaché case filled with fabric samples and order pads,” Weiss laughs. “I was supposed to go and see appointments that my father would set up. I never showed up. I’d go to the movies. I’d sit on the subway and write lyrics.”

On one of those rides, he absentmindedly got off the train without the attaché case. It understandably drew his dad’s ire.

“To me, it was symbolic,” Larry says. “I quit to pursue my passion.”

Seeing the light, the elder Weiss agreed to finance Larry’s first demo recordings. One song caught the ear of the late Wes Farrell. He put Weiss to work writing songs on a freelance basis at 1650 Broadway, one of two structures that were the foundation of the Brill Building-era of pop songwriting. He worked in a small office/cubicle not unlike the kind Goffin & King, Sedaka & Greenfield, Mann & Weil, Leiber & Stoller and Barry, Greenwich and Phil Spector had written songs in. The output from those locations was legendary.

Weiss was still feeling his way on the piano, and the fact that keys were often missing from the office uprights only made the job more challenging, not to mention his fingers initially shaped like eagle claws learning how to strike those keys. Today he still plays by ear.

“I remember hearing ‘Up On The Roof’ and being blown away by Goffin and King’s simplistic approach to lyrics and music,” he says. “I remember walking down a narrow hallway at Scepter Records and hearing this amazing voice, backed by a forceful piano playing—‘Anyone who had a heart…’ It was Burt Bacharach rehearsing Dionne Warwick while Hal David looked on.”

Weiss, who grew up with some learning disabilities, bored his way through them. In his first year, two dozen of his songs became R&B recordings. Then Nat “King” Cole recorded “Mr. Wishing Well,” an A-side that became the B-side of a million seller called “That Sunday That Summer.” He thought to himself, ‘if the great Nat Cole chose to sing one of his songs, he had something going on.’ Soulful singers like Dionne Warwicke, Baby Washington, Chuck Jackson and The Shirrelle’s, found their way his songs. Soon Lenny Welch, Ruby & The Romantics, Linda Scott, and Marvin Gaye followed, as Weiss worked his way to Jerry Butler with “Mr. Dream Merchant.” Famed arranger, Claus Ogermann spotted his talent and signed him as a writer. But it when Weiss discovered lyricist Scott English, (who later wrote the lyrics to ‘Mandy’), and they created songs for a number of English acts; Jeff Beck ‘Hi Ho Silver Lining’, TODAY A HUGE SOCCER anthem in Europe, Eric Burdon’s ‘Help Me Girl’ and songs for the Status Quo, and the Searchers. Finally the American Breed earned a million-seller with their “Bend Me Shape Me.” Weiss and English parted company, as Weiss began to find his own voice lyrically. He wrote Spooky Tooth’s “Evil Woman,” and songs for Mitch Ryder, the Hassles (featuring young Billy Joel), Paul Revere & The Raiders, Van McCoy and others, ALL WHILE HE WORKED FOR THE GREAT BOB CREWE..

Weiss moved his family to Los Angeles in 1971, where he continued to push himself as a songwriter along with a 9-5 executive job for Famous Music plugging other people’s songs. Bobby Sherman, Donny Osmond and Lou Rawls found their way to his songs and on the charts. After a year he stopped being a ‘suit’ and landed his first recording deal. Black & Blue Suite, his first album, released on 20th Century Records.

“I was so petrified,” he admits, “I had to enlist hypnosis therapy to stand behind the mike.”

After the initial tracks were completed, his co-producer disappeared, leaving him to produce the rest of the project himself.

Part of what he learned came in his interaction with the musicians: bass player Lee Sklar, guitarist Hugh McCracken, pianist Tom Hensley and drummer Rick Marotta.

“That was a major turning point for me,” Weiss says. “I was recording with world-class musicians who had worked with legends, and who I FELT were looking at me with An OCCASIONAL raised eyebrow. I had to LAY DOWN something of substance, I had to really come through—for me, find out if I was just a singer or an artist. It was a complete metamorphosis and I owe my better writing from the experience of working with them.”

His first single from Black & Blue Suite was “RHINESTONE COWBOY” AND rode the Billboard Adult/Contemporary chart. Weiss thought he might to have a hit out of the box. But man makes plans while God smiles. It played particularly well at KNX Radio and some thirty other soft Rock stations for almost a year, until Glen Campbell heard IT ONE DAY and launched THE SONG to immortal status. “RHINESTONE COWBOY” won multiple awards over the years including ASCAP RECENTLY recognizing it as one of the 10 most-played Country songs of the 20th century. 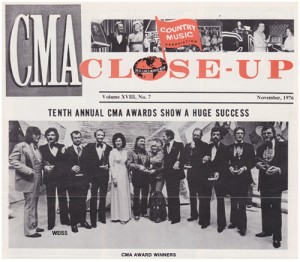 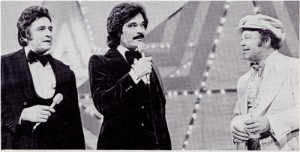 Weiss lost his record deal but plunged into creating music for its own sake. When he finally caught up with himself, Disco was in full force, and HE felt himself NOT IN TUNE. But, another notion began to take hold. It was the idea of turning “Rhinestone Cowboy” into another medium. First came ‘Rhinestone’, a film that starred Dolly Parton and Sylvester Stallone but wound UP far off the mark. IT WAS THE IDEA OF A theatrical piece that occurred to him while recording his first album. It was a concept that took even greater form when he bumped into an old songwriting friend right in front of the Brill Building, where he had started out over a dozen years earlier.

“He came up to me, shook my hand and wouldn’t let go,” Weiss notes. “He said, ‘I’m so proud of you for writing that song, and I know why you wrote it: You wrote it for all of us on Broadway that had a dream of making it.’ Weiss decided to build Rhinestone Cowboy: The Musical around that idea, that early 60’s Broadway image with the rich variety of characters that populated Manhattan’s music business world. “I didn’t know if I was ever going to record again.”

Over the years, the ’mailbox money’ FORTUNATELY STILL CAME. Weiss worked on a screenplay, sang jingles, and the theme song for the sitcom “Who’s The Boss”? But at the end of 1992, it was time for new horizons. He relocated to Nashville in hopes of shaking up his artistic direction.

It wasn’t an instant match. At the time, Music Row viewed Los Angeles and Northerners with much skepticism, AND THIS WAS THE BIBLE BELT and Weiss hadn’t really developed many Nashville connections.

“I was also making my way through some rough terrain in my life, a marriage breaking up AND MONEIES BEING TIED UP,” he recalls. “I slept on somebody’s couch for a month until I was able to get on my feet. Then one day, a drunk ran a red light and totaled my car. “If I hadn’t been wearing my seat belt I WOULDN’T BE HERE.”

The music business had changed. It was getting harder and harder to get one’s songs recorded, and Southern culture was challenging to a diehard New Jerseyian. “I was happy just being a writer, being anonymous, but the lack of steady recordings began to eat at me” he notes, “yet I FELT I WAS NOT not supposed to stop doing music.” Years passed with hardly a note of new success. Finally at the urging of a close friend, Weiss stepped into the studio, wrote, produced and financed, Cuts And Scratches. ‘I Am Somebody’, the leadoff song, had been written years before, and while in the depths of depression. “I mean the depths of depression,” he says, “it came through me like lightning and temporarily relieved the situation. Reaching back, it reminded me that I am never alone, and became the inspirational springboard for the project.”

These days, there’s a new buzz of activity around Larry Weiss, in great part because he simply preservers. He is preparing for a concert tour. He is a busy artist who recently finished HIS FOURTH RE-WRITE WITH ‘Rhinestone Cowboy The Musical!” HE HAS A FEATURE FILM SCRIPT WORKING IT’S WAY THROUGH HOLLYWOOD. A music-themed hotel ‘The Rhinestone Cowboy’, is now in development. Did we forget to mention that he has also taken up painting. (See Larryweiss.com). Nashville indeed WAS THE place TO expand his creative palette.